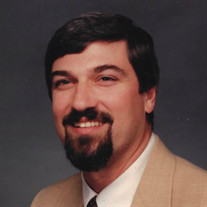 Jack A. Bensing, of East Peroia, died peacefully at RLO Hospice Home in Peoria, Illinois, on Friday, October 9, 2020, surrounded by his wife and children. The love he shared with his family was as palpable in the room at the moment of his death as it was throughout his life. He was preceded in death by his parents, Marion (Hunt) Bensing and H. Orville Bensing; and his sister, Barbara Bensing. He is survived by his loving wife of 51 years. Patricia (Foley) Bensing. They were married at Westminster Presbyterian Church, on August 17, 1969. Jack was the proud father of Karen (Scott) Skaggs, Julie (Anthony) Mills and Alan (Lucy) Bensing. He was equally proud of his 5 grandchildren, Madison, Tyler, Mekaul, Kysic and Donovin. Jack loved to learn. He gravitated toward computer science and math and his passion for computers, in particular, led him to found multiple businesses and to teach and inspire many students over the years at Peoria High School, Bradley University and Illinois Central College. Jack’s innovative ideas in computer programming were well known. Various businesses, local hospitals and personal friends called on him regularly to provide solutions to a wide variety of computer problems they encountered. Jack and Pat shared a love story for the ages. The love letters they exchanged are family treasures and their love produced a beautiful family that collectively was the apple of Jack’s eye. He was a wonderful provider and his family was the center of his life. Jack was an insightful problem solver. He loved using logic to work his way through decisions. He loved to play as hard as he worked and he didn’t know a stranger. As such, his life was full of adventures with family and friends. He enjoyed traveling across the United States with his family and visiting popular landmarks in each state. Jack was also a Master Scuba Diver and enjoyed diving throughout the Caribbean. Jack was a lifelong member of the United Presbyterian Church, where he served as a an Elder, an Operation Inspiration youth leader and a Communicants class teacher. Jack’s spirituality was present each day in every action that he undertook. His faith provided a foundation for the resilience he demonstrated throughout his life. Jack was a 27-year brain cancer survivor. The grace, strength and dignity that Jack demonstrated through his experience with cancer was awe inspiring. He overcame great challenges through the years in order to continue to communicate with and inspire those around him. Jack and his family became involved with the Brain Injury Group of Peoria, the Wednesday Cancer Support Group and the annual Mark Linder Walk for the Mind. Jack’s incredible influence will continue to be felt for years to come. Jack Bensing’s life was a life well lived. The lessons he taught by his example: Resilience, Courage, Strength, Humor and Love will live on in the people that he loved. Funeral services will be private, but may be viewed from the website of United Presbyterian Church, date to be announced. In lieu of flowers, memorials can be sent to: United Presbyterian Church. Schmidt-Haller Burial and Cremation Services is in charge of arrangements.

Jack A. Bensing, of East Peroia, died peacefully at RLO Hospice Home in Peoria, Illinois, on Friday, October 9, 2020, surrounded by his wife and children. The love he shared with his family was as palpable in the room at the moment of his death... View Obituary & Service Information

The family of Jack Alan Bensing created this Life Tributes page to make it easy to share your memories.

Send flowers to the Bensing family.