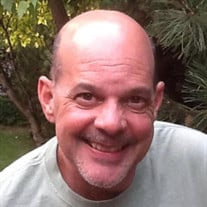 James “Jim” E. De Silva, age 62, passed away on Thursday, March 24, 2022 at his home in Peoria. He was born on March 27, 1959 in Brooklyn, NY to Jules V. and Laura C. (McNally) De Silva. Jim is survived by his siblings, Robert (Haruko) De Silva of Fujisawa, Japan, MaryEllen (Doug) Anderson of Greenville, SC, John De Silva of Peoria, Laura (David) Pearsall of Peoria, and Donna King of Peoria, as well as several nieces, nephews, and cousins. He was preceded in death by his parents and an infant brother, Thomas. During his working years, Jim worked at Fedex, DHL, Lincare and owned his own courier business. Jim enjoyed photography, studying history, and music. In his younger years, he was a proud member of the Madison Scouts Drum and Bugle Corps. Cremation rites have been accorded and a private funeral will be held at a later date. Donations may be made to any charity of the donor’s choice. Schmidt-Haller Burial and Cremation Services is assisting the family with arrangements and condolences may be left at www.Schmidt-Haller.com.

The family of James "Jim" E. De Silva created this Life Tributes page to make it easy to share your memories.