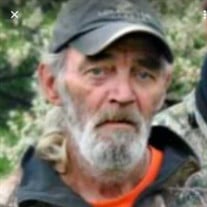 Creve Coeur – Jessie Ray Hunter, Jr., 68, of Creve Coeur, formerly of Peoria and Dunnellon, FL, passed away December 28, 2019 at his home. He was born on June 28, 1951 in Peoria, a son of Jessie Ray and Lorraine Francis (Roberts) Hunter, Sr. He married Linda Bartolo on July 14, 1971 in Peoria, she passed away on July 13, 1997. He was also preceded in death by his parents; step-father, Gerald Roberts; and his sister, Mary Williams. Jessie is survived by his two children, Jessie Ray (Lisa) Hunter of Washington and Buffy Hunter of Peoria; seven grandchildren, Halle (Clint) Strubhar, Deaven Hunter, Brayden Wilson, Brody Hunter, Jimaya Taylor, Quran Ferguson, and Brevin Hunter; one great-grandson on the way; three sisters, Bonnie (Phil) Merriman of Trivoli, Linda (Bob) Monari of Glasford, and Christine (Andrew) Baner of South Haven, MI; three brothers, Bill Duhs of Peoria, Jim Duhs of Dunnellon, FL, and Robert (Lisa Mally) Duhs of Trivoli; and a host of nieces and nephews that he loved as his own. Jessie served his country in the United States Marine Corps, and was a veteran of the Vietnam Conflict. He worked for many years as a warehouse worker for Louisville Ladder, retiring in June of 2016. Jessie was a member of AMVETS Post #64 in Peoria. He loved to go camping and fishing with his family, especially his grandkids. Jessie’s memorial service will be at 1:00 p.m. Saturday, January 11, 2020 at Mt. Hawley Community Church in Peoria. Burial will take place at Swan Lake Memory Gardens in Peoria with full military honors. Family is handling service arrangements. In lieu of flowers, memorials may be made to the family to help with funeral expenses.

The family of Jessie Ray Hunter Jr. created this Life Tributes page to make it easy to share your memories.

Send flowers to the Hunter family.