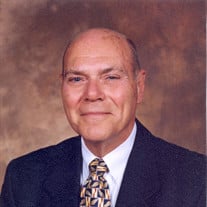 Peoria – Leonard George “Len” Deynzer, 82, passed away on December 3, 2019 at UnityPoint - Proctor. Len was born in Peoria, IL on November 16, 1937 to Orval A. & Juanita (Schmidt) Deynzer. His parents and grandparents preceded him in death. Len married Gayle J. Gouveia in East Peoria, IL on March 18, 1965. They were married for 54 years. Surviving Len are his children; Jody L Curtis of Washington, IL; Anthony (Tony) & Nicole Deynzer of Windsor, Colorado; 7 grandchildren, Joshua Curtis of Champaign; Amber (Curtis) & Will Edwards of Gridley; Madison Deynzer of Washington; Blaine, Kyler, Chesney & Brennox Deynzer all of Colorado. Len graduated from East Peoria High School in 1955. He was in the Marine’s earning an honorable discharge in 1962. Len then attended Illinois Wesleyan College, was a charter member of Acacia Fraternity Pia #6. Len was employed with the Peoria County Sheriff’s Department from 1966-1992. From 1973-1974 he attended at Northwestern Traffic Institute. During his years at the sheriff’s department he served as jail superintendent, was in charge if dispatchers, director of police training for correction officers for University of Illinois, firearms instructor, purchasing, training, budget and many other duties. Len retired after 28 years at the sheriff’s department as a Lieutenant. In 1992 he became Director of MTU #7 Police Training Centers at Illinois Central College for 20 years. Len served with the security details for several U.S. presidents and vice president at the Peoria Airport. Len was a 50 year member of Alta Lodge & Mohammed Shrine, serving as Potentate in 1997 and President of Great Lakes Shrine Association in 2005. He was a member of the Brass Band. He was instrumental in starting the Horse Patrol and Police unit. He was Parade Marshall for the Mohammed shrine. Member of the Scottish Rite, Elhajj and ROJ court 40. He was a member of the sheriff’s Posse – ESDA – IPA and the Blue Knights Motorcycle Club. A celebration of Life will be held at Schmidt-Haller Burial and Cremation Services on Friday, December 6, 2019 at 7 p.m. with a visitation 2 hours prior from 5 p.m – 7 p.m. Schmidt-Haller Burial and Cremation Services assisted the family with cremation. In lieu of flowers the family is asking donations be made to Peoria County Sheriff’s office scholarship fund at 301 N Maxwell Rd, Peoria, IL. 61604 or to Shriners Hospitals for Children at 2211 N. Oak Park Ave, Chicago, IL. 60707 – attn: donations. A special Thank You to UnityPoint Proctor 2nd floor and the hospice personnel.

The family of Leonard "Len" George Deynzer created this Life Tributes page to make it easy to share your memories.

Send flowers to the Deynzer family.