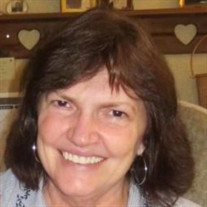 Martha Louise (Heavner) Watt, 70, of Peoria, passed away on Saturday, March 5, 2022 at UnityPoint Health-Methodist in Peoria. She was born on November 24, 1951, in Golden, MS, to Paul and Ruby Elouise Long Heavner. Martha attended school in Hammond, IN, and college at Tennessee Temple University in Chattanooga, TN. At Temple, she met Joey Watt, and married him on August 16, 1975, in Schereville, IN. They were blessed to serve together in the ministry at Wayside Baptist Church of Graysville, TN, Liberty Baptist Church of Rochester, IN, and for the past 36 years at El Vista Baptist Church in Peoria. Martha is survived by her siblings, Tony (Wendy) Heavner of Brattleboro, VT, John (Maureen) Heavner of Hobart, IN, Mike (Sharon) Heavner of Crown Point, IN, Margie (Bob) Jackson of Hebron, IN, Joe (Debi) Heavner of Crown Point, IN, Enoch (Diana) Heavner of Westville, IN, and Eddie (Dawn) Heavner of LaPorte, IN; and sister-in-law, Sandy Heavner of Hammond, IN. She was preceded in death by brothers, James and Robert Heavner; and her parents. She is also survived by her six children, Benjamin (Kristina) Watt of Peoria, Philip (Erin) Watt of Peoria, Sarah Watt of Peoria, Enoch (Dana) Watt of Valparaiso, IN, Adam (Lis) Watt of Clarksville, TN, and Hannah (Justin) Derry of Lewistown. Also surviving are nine grandchildren, Grace & Isaac, Luke, Jeremiah, Eliza, & Annabelle, Piper, and Jake & Jada Sorrels. There have been many aunts, uncles, and cousins. Martha received Jesus Christ as her Savior as a teenager following a church youth activity. She served as a Christian school teacher, home school teacher, foster parent, and very involved helper in her husband’s ministry. The people of El Vista Baptist Church have been like family to her. Thanks are due to her doctors and the staff at Methodist Medical Center, Heartland Clinic, and Midwest Orthopedic for their care in the past several years. Arrangements are under the care of Schmidt-Haller Burial & Cremation Services in Peoria. Burial will be at Prospect Cemetery in Dunlap. Martha’s visitation will be held on Tuesday, March 8, 2022, from 4:00 pm to 7:00 pm at El Vista Baptist Church. Her funeral will be at the church on Wednesday, March 9, 2022 at 10:30 a.m. with an hour of visitation before the service. In lieu of flowers, memorials may be given to El Vista Baptist Academy or Bible Tracts, Inc. of Bloomington, IL.

Martha Louise (Heavner) Watt, 70, of Peoria, passed away on Saturday, March 5, 2022 at UnityPoint Health-Methodist in Peoria. She was born on November 24, 1951, in Golden, MS, to Paul and Ruby Elouise Long Heavner. Martha attended school in... View Obituary & Service Information

The family of Martha Louise Watt created this Life Tributes page to make it easy to share your memories.

Martha Louise (Heavner) Watt, 70, of Peoria, passed away on Saturday,...

Send flowers to the Watt family.