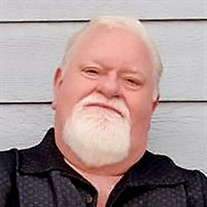 Ricky “Rick” Ray Huett died peacefully at 6:04 p.m. Wednesday, June 19, 2019, at OSF Saint Francis Medical Center in Peoria, his family by his side. He was 69. Rick embodied wit and wisdom, in many roles, throughout his seven decades. He also shared those traits, in many ways, with his wife, his children and his grandchildren — all of whom he loved and revered in such strengthening ways. Rick is survived by a brother, Teddy; his wife, Gaynell; his two sons, Ricky II (Jennifer) Huett and Wesley (Melinda) Huett; his twin daughters Amber (Matthew) Huett-Garcia and Autumn (Gregory) Lloyd; and his seven “grandbabies” Taylor, Jacob, Andrew, Lindsey, Lucas, Parker and Paige. Rick was born Sept. 3, 1949, in Murphysboro, Illinois, the youngest of Ted and Neda Huett’s two children. He married his lifelong “sweetie” Gaynell on Sept. 2, 1972, in Peoria, the beginning of a family that grew to three the next year, added another in 1977 and expanded to six in 1985. The family criss-crossed the country, as Rick worked as a salesman in various capacities — but always providing as a husband and father. In the late 1990s, the family settled in East Peoria, with Rick and Gaynell owning and operating a pair of bars in their final years before retirement. Rick will be cremated and there will be no services, as per his request. Memorials can be made to the family. Rick's wife and children will host a small, casual gathering from 3-5 p.m. Sunday, June 23 at Rick and Gaynell's home, 117 Jefferson Court, in East Peoria.

The family of Ricky R Huett created this Life Tributes page to make it easy to share your memories.

Send flowers to the Huett family.