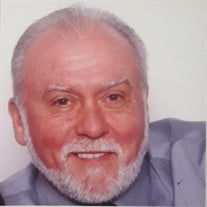 Robin Barry Davis, 61, of Green Valley, passed away on Friday, January 8, 2021 at home with his loving family by his side. He was born on December 11, 1959 in Pekin to Loren and Pauline (Adams) Davis. As a Delavan High School Alum, Robin’s prowess led him to win the state finals in the long jump and set the state record for the 50-yd dash. Embodying honor, dedication, and courage, he enlisted into the United States Air Force in November 1979. A decorated Airman, his aptitude for excellence led him to represent the branch at the National small-arms marksman competition, where he placed 11th in the country. His guardianship continued after the service where he served as a police officer at many departments within Tazwell County for more than 13 years. He married his soul mate Tracy Lynn Elliott on April 20, 1991 in Pekin. They united to create their own construction company that employed hundreds of workers, and nurtured countless families across central Illinois. Their expertise led them to run a multi-million-dollar construction regional operation near Houston, Texas. After retuning to Tazwell county, God led Robin to assume his natural role as a protector, by providing security for the sick, and stand watch at Unity Point Hospital in Peoria, Illinois. A pillar of strength and promise, Robin served a life of integrity graced by God that impacted thousands, and will be missed dearly. Robin Davis is survived by his wife, Tracy Lynn Davis. Also surviving are his seven children, Brandon (Michelle) Davis of Spring, TX, Danielle Davis of Paraguay, South America, Samantha Doty of South Pekin, Terra Kelley of Kenosha, WI, Robert (Megan) Davis of San Antonio, TX, Keri Kelley of Pekin and Trace Davis of Green Valley; grandchildren, Brayden Davis, Mehayli Davis, Emma Doty, Madison Davis, Reese Davis and Robyn Kelley; siblings, Paula (Dave) Burrell of Gibson City, Pamela (Charlie) Kensinger of Delavan, Roger Davis of Pekin, Ron (Lori) Davis of Pekin; sister in law, Pam Davis of Pekin; and many nieces and nephews. He was preceded in death by his parents; grandson, Jeffrey Doty; and brother, Rick Davis. Per his wishes, cremation rites have been accorded. A celebration of life will be held at a later date.

Robin Barry Davis, 61, of Green Valley, passed away on Friday, January 8, 2021 at home with his loving family by his side. He was born on December 11, 1959 in Pekin to Loren and Pauline (Adams) Davis. As a Delavan High School Alum, Robin&#8217;s... View Obituary & Service Information

The family of Robin B. Davis created this Life Tributes page to make it easy to share your memories.

Robin Barry Davis, 61, of Green Valley, passed away on Friday,...

Send flowers to the Davis family.