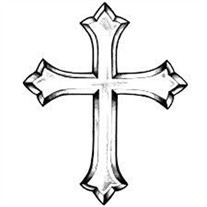 PEORIA- Sarah Anne Jackson, age 88, of Peoria passed away peacefully on Wednesday, February 12, 2020 at OSF Richard L. Owens Hospice Home. She was born on September 27, 1931 in Piggott, Arkansas to the late Cecil and Lorene (Blake) Thurman. She married William Gerald Jackson on September 29, 1947 in Peoria. He preceded her in death on December 29, 2009. Also preceding her in death were two infant grandsons, Brian Lee Winkler and Robert Shane Jackson. Survivors include her children, Steven (Sharon) Jackson of Trivoli, Mark (Deana) Jackson of Pekin, Matt (Brenda) Jackson of Peoria, Sally (Donald) Sawatzki of Peoria, Connie (Ronald, deceased) Sawatzki of Peoria, and Hollie (Steve, deceased) Binkley of Peoria; ten grandchildren; and nine great-grandchildren. Sarah worked for District 150 in the Cafeteria for several years. She was a lifelong member of Laramie Street Baptist Church, where she was a Sunday School teacher for many years. Sarah had a deep rooted faith and was always a prayer warrior. Her hobbies included quilting, sewing and she loved her ride on a Harley. She had a gift of hospitality, but most of all she had an unconditional love for her family and friends. She will be deeply missed by all who had the privilege to know her. Cremation rites have been accorded. A memorial service will be held on Saturday, February 22, 2020 at 1 p.m. at Laramie Street Baptist Church, 1611 S. Laramie St., Peoria, IL 61605. Visitation will be held an hour prior to services at the church. Fellowship dinner following the services. Inurnment will be in Lutheran Cemetery at a later date. Memorial contributions may be made to the Laramie Street Baptist Church Building Fund. Schmidt-Haller Burial and Cremation Services is assisting the family.

The family of Sarah A. Jackson created this Life Tributes page to make it easy to share your memories.

Send flowers to the Jackson family.