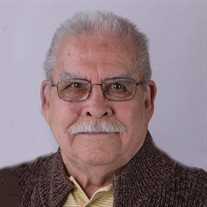 William “Bill” Henry Driver, age 83, of Princeton, died Thursday, October 14, 2021, at OSF St. Francis Medical Center in Peoria. He was born to William and Virginia (Daniel) Driver on October 10, 1938, in Huntsville, AL. The family moved to Nashville, TN, where he spent most of his childhood. He attended the Corinne L. Cohn High School in Nashville, TN. After graduation he attended David Lipscomb College (now David Lipscomb University) for his undergraduate degree, and then, later, Western Michigan University for his Masters Degree. While in Nashville, he worked as a professional photographer for several companies. On 4 September 1960 he married Linda Mai Redmond in Crossville, TN. They had two daughters, Julia Lynn Driver and Janet Carol Driver. The family had moved from Nashville, TN to Kalamazoo Michigan for Bill’s graduate studies and remained there. They divorced in 1971. He taught high school in the Kalamazoo Michigan School System for many years before moving to Texas to teach high school in the Columbia-Brazoria school district. He married Bonnie Ziemer on May 25, 1985, in Austin, TX. They moved to Tennessee where both taught for the Dickson County, TN school district and had a son, Eliot William Driver. Bill developed an appreciation and love for classical music early in his life and volunteered research and writing for Clinton Symphony Orchestra for a number of years. He was always very proud of his children and loved his grandchildren dearly. Bill is survived by his wife Bonnie Driver of Princeton, children, Julia Lynn Driver (Roy Sorenson) of Austin, TX, Janet Carol Driver (Dan Hyde) of Ann Arbor, MI, and Eliot William Driver of Flanagan, IL, three grandsons, Maxwell, Zachary, and Stevie, two granddaughters, Maryn and Norah, brothers Herbert “Buddy” Lowry Driver,(Brenda) of White Bluff, TN, and Harold Ray Driver, (Estelle) of Warren, IN. He was preceded in death by his parents, infant sister, Patty Driver, oldest sister, Peggy Marie Matthews, and first wife, Linda Redmond. Cremation rites have been accorded and a Celebration of Life will be held at a later date. Schmidt-Haller Burial & Cremation Services is assisting the family with arrangements and condolences may be left at www.Schmidt-Haller.com.

The family of William "Bill" Henry Driver created this Life Tributes page to make it easy to share your memories.

Send flowers to the Driver family.