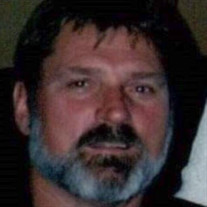 Pekin - William Lee “Bill” “Moose” Martin, 75, of Pekin, passed away at 9:30 pm Monday, October 18, 2021 at the Danville VA Center in Danville. He was born on July 15, 1946 in Peoria, a son of Harvey L. and Mary L. (Jones) Martin. He finally married the love of his life Ellen “Louise” Margetich Lykins on January 10, 2015, after spending over 25 years together. She preceded him in death on June 24, 2021. He was also preceded in death by his parents; brother-in-law, Kenneth Mitzelfelt; and niece, Christy Mitzelfelt. Bill is survived by his daughter, Kathy (Kevin) Saker of Monticello, IN; one step-daughter, Christina (Josh) Thompson of Pekin; one step-son, Scott (Ashley) Lykins of Florida; several grandchildren; one granddaughter whom he especially doted over, Jaelyn Toms, these two were very close; two sisters, Jackie Mitzelfelt of Ottawa and Cheri (Larry) Dawson of Springfield; one brother, Bud Martin of Florida; and several nieces and nephews. Bill worked for Caterpillar for over 35 years, finally retiring in 2002. He served his country in the United States Army, achieving the rank of Sergeant. He was a veteran of the Vietnam War, serving two tours as an Army Ranger. Bill received numerous service medals, including a Purple Heart. He was an amazingly generous man who dedicated his life to the Vietnam Veterans and was instrumental in helping raise money to build the Vietnam Veterans Memorial in Springfield. Bill was an exceptional man in the things he did for veterans, he never wanted any recognition for it, in fact, when people tried to recognize him, Bill shied away from it. He was involved in numerous organizations such as the Vietnam Veterans of Illinois, VFW Post 2078, Amvets Post 64, American Legion - Vietnam Veterans Memorial Vigil, American Legion Riders, AMVET Riders, Peo-Taz Abate, and HOG. Bill was a person of pure honesty and truth, you always knew where you stood with him. He loved his children beyond words. The family would like to express a special thanks to our dear family friends, Lee and Sydney Buell for their unconditional support and to the UnityPoint Proctor Hospital for taking such amazing care of dad, they truly loved him like family, and to the Danville VA Center who also took amazing care of dad. Bill’s graveside service will take at 11:00 am Tuesday, November 2, 2021 at Parkview Cemetery in Peoria with full military honors. His family is in charge of service arrangements. The family requests that attendees wear either their black jeans or Harley or military clothes. Cremation arrangements have been entrusted to Schmidt-Haller Burial & Cremation Services in Peoria. In lieu of flowers, memorials may be made to the Veterans Memorial Vigil care of Jim Mathes 1221 Mossman Ave. Springfield, IL 62702.

Send flowers to the Martin family.